Saving the earth from ecosystem collapse

The global corruption levels of government and secrecy from its citizens has increased and this is endemic even in the most democratic nations. Corruption makes all decisions of government

The 21 st Century has been dubbed the ‘information age’ with most of the known elements being extracted to support a complex knowledge-based modern civilisation.

An examination of the current processes employed by business shows significant shortfalls in addressing the environmental effects of large projects that have extensive land use and complexity. Locally the result of these actions has been major environmental and human tragedies.

Major problems of the 21st Century are air, water , land and marine pollution, probable extinction of one million species by 2030, land degradation and climatic perturbations.

The impact of disasters and disease on human and animal populations and vegetation are examples of what has been grouped under the human induced change.  The bush fire season in Australia and elsewhere has been exacerbated by increasing aridity of climate and vegetation and the over allocation of water in major river systems in drought conditions.

Power generation in the 20th and 21st centuries has brought more people out of poverty, but it’s consistent clean power generation with minimum pollution and land clearing that is the key to a healthy ecosystem.

As custodians humanity needs to find better ways to undertake activities in harmony with our earth’s changes of climate, ecosystem and our needs to fulfil our role as true custodians of our wondrous home. Humans need to wake up, step up, and be heard to make our earth a sustainable liveable ecosystem for us, our animals, and everything.

Evolution of geologists and their work covering 50 years, more than 1100 years of experience and 111 pages is depicted in a new book published in 2019 – ‘Working Lives’ compiled by three of that cohort, Bill Koppe, Peter Hayden and Bill Turner, with editorial support from Perth-based resources Barry Avery.

The cover photograph shows a long-wheelbase Landrover up to its radiator in water during a river crossing in Democratic Republic of Congo.

The foreword, written by Professor Sue Golding of the School of Earth and Environmental Sciences, University of Queensland  (who was also one of the cohort) reinforces positive messages given by the 23 authors and notes: “The resources industries in Australia have seen spectacular growth since the 1970s with new resources and technologies such as coal seam gas and carbon capture and storage, provided a wider range of employment options for geoscience graduates. Globalisation opportunities for Australian geologists to work worldwide and increased emphasis on the environmental and social impacts of mining and production further expanded the employment options for geology/earth science graduates.”

The idea of a book was conceived at one of the UQ geology class of 1967/1969 reunions a few years ago, when it was felt that their stories might be able to offer some crystal-ball glimpses into the future for young people contemplating a career in geology, as well as some useful ideas for geology students about to graduate and wondering where their studies might lead them. The book cobbles together the stories of nearly two dozen geologists, all of whom went on to pursue all sorts of interesting and challenging careers involving the earth sciences, most of them in the field of economic geology.

As noted in the Introduction (part1) -“However, it was not always an easy road to success; many of their paths were potholed with retrenchment, collapsing companies, downsizing or they were victims of global downturns in the minerals industry as a result of depressed metal prices. Commonly, it was a case of where one door slammed shut on the progress of their careers, so another opened. Or in times of hardships, some turned to furthering their studies or adding to their qualifications to better position themselves for the next phase of their work in the industry,”. Overwhelmingly, the members of the cohort are glad they chose to study geology, as it has enriched their appreciation of the natural world, added to their enjoyment of traveling through it, and given them the sense of accomplishment that comes from involvement in the discovery and development of economically important resources.

Design and publication of ‘Working Lives’ was done by that stalwart friend of the mining industry in print, Hesperian Press, which is based in Perth.  Working Lives, ISBN 978-0-85905-731-8, costs $30.00 plus $8.55 post Australia wide. Send your delivery details to [email protected] and pay by bank direct, see www.hesperianpress.com and details under ‘order.’ Copies may also be picked up from the Hesperian office in Perth, see the website for more details.

The Practical Geologist: The Introductory Guide to the Basics of Geology and to Collecting and Identifying Rocks 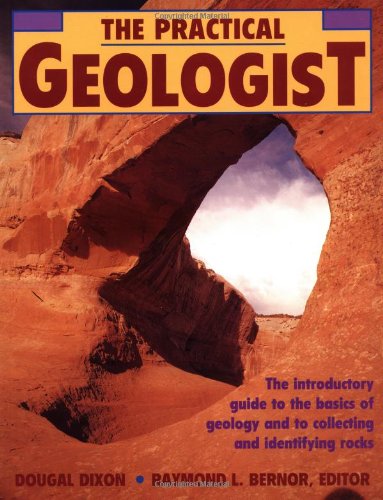 This is a good starter book  introducing   geology, geological processes  to your personal pet rock and rock collection to a shiny mineral collection, this book is a great  introduction to the magic that is the science of the earth.
It outlines the proposed history of the formation  of the earth and its geological processes that form and modify its composition, and its continents and oceans over time. The present landscapes are linked to surface weathering and erosional effects of weather and water. Check it out on Amazon

The aerial view of geology of the planet has dramatically enabled geologists to interpret the boundaries between rock bodies.  This beautifully illustrated book encompasses the aerial tour of  north Americas canyons , glaciers and towering peaks.  – A great  illustration of how geological landscapes can be interpreted. Great Coffee Table Book. 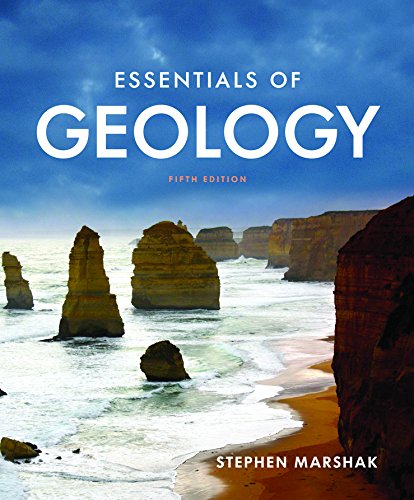 Stephen Marshall’s book on essentials of geology is an excellent book for those who want to know more about the science.  The scope of this book  encompasses much of the great images of classical geology. Check out this book  on Amazon.
THIS BOOK HAS BEEN UPDATED TO THE 6TH 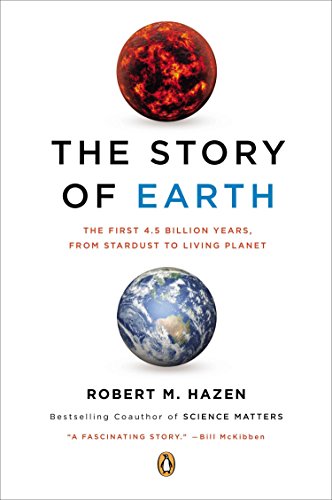 Enjoy a human perspective of the first 4.5 Billion years of the evolution of Earth.  This perspective has been developed through our natural curiosity of how things happen. Science and scientific method has allowed the human race to have concepts through the development of language of  communicating our ideas of how things have happened in our beautiful blue planet.  It is a story of the evolution of a planet unique in its development in a galaxy that we as humans are aware of through our curiosity.  The stor

The Map that Changed the World 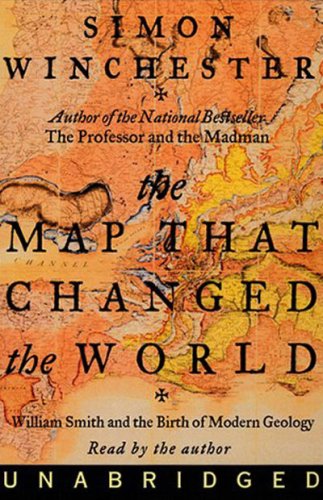 To me this is a magical book looking at the work of William Smith an canal engineer who set the foundations of geology in the early part of the nineteenth century by creating the first modern style geological map of the united Kingdom.  The book outlines how Smith came to understand the link between his work in creating the series of canal that revolutionised transport of goods of the early part of the industrial revolution with the rocks that were being excavated to form the canal in southern and midland areas of the united Kingdom.

Check it out for an understanding of how maps are created

Check out the unique geology of the bay area for yourself

This book and several more books on local geology of regions of the USA and important global destination can make great introduction to the concept of the ubiquitous nature of geological processes in affecting the natural world, human history and the development of global human civilisations. 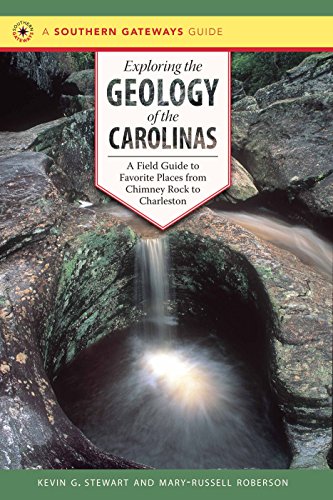 This book is an illustrated field guide to assist interested geologist and would be geologists to understand how to identify local rock bodies. For those interested in finding about why geologists find rock bodies that they regard as their favourites this book is for you –Find out what make a geologist like his favourite rocks through this guide.- Check it out!

This guide to Yosemite National park is a definite buy for those who require basic  information om what to expect prior to going to Yosemite.  I suggest that is it prescribed  reading prior to gpoing to Yosemite and will continue to  inform  you as a references as you drive around the park and appreciate the wondrous  landscapes in this national park.  The book gave adequate  background and imagery to link the tourist with the landscapes and the geological processes that created them. Buy the book and better appreciate Yosemite. l

3. Ancient Wyoming: A Dozen Lost Worlds Based on the Geology of the Bighorn Basin

y is beyond the belief of logic and chance and makes amazing reading. Buy and enjoy